How You Can Beat the Evil Food Industry 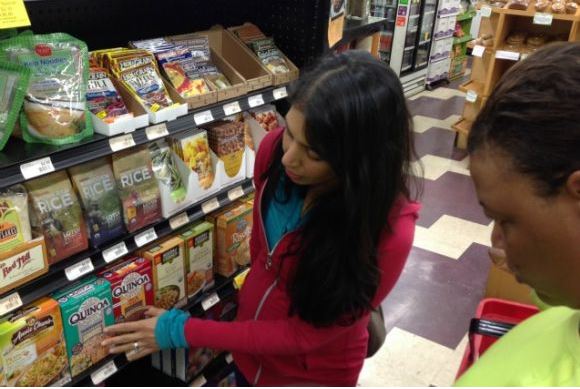 We all complain and worry about not really knowing what is in our food. We may be slowly creating cancers in our own bodies without knowing. If I asked you what you think the solution is, most of you would reply that there is nothing much to do. I would have given the same answer a few weeks ago. But all that changed after I met the woman of my dreams.

Her name is Vani Hari a.k.a. Food Babe and she has raised an army of followers with whom she fights the food industry. You can join her today and have a say on what can and should be used as ingredients in your supermarket products, your favorite subway sandwich, your so-called 100% organic products etc.

Her latest investigative article “There Might Be Dead Animal Parts in Your V8! & Homemade V8 Juice Recipe” will raise the hair on your neck. Below is one of her appearances on CNN taking on the FDA  about the massive amount of antibiotics found in meat which causes us to be antibiotic-resistant; something that is absolutely fatal.

From  meat in your 100% vegetable juice, wood pulp and cellulose in your snacks, to silly putty in your french fries and yoga mats in your Subway sandwich, she has investigated it all and has made the food giants like Kraft and General Mills confess and remove harmful ingredients.

A typical Food Babe video is very simple and easy to understand without all the scientific jargon that would put you to sleep:

I can’t get enough of her videos and articles, not only because they are interesting but also because I am responsible for what I eat and what my children eat. Her slogan “Join Me! Investigate Your Food” says it all. You can do just that on this page.

Check out the accomplishments she has had in only three years (copied and pasted from her website):

In case you’re new member of the Food Babe Army or just want a recap, here is a list of some of the big changes we have made in the food industry in just a short amount of time!  This list is an amazing reminder to me of how powerful our collective voice has become.  Keep it up Food Babe Army!

I am sure you are convinced after taking a look so for your health’s sake do consider joining up on this page.

22 thoughts on “How You Can Beat the Evil Food Industry”

Siri Hampapur is our youngest contributor. A girl with a contagious smile :)